Fire - one of the most devastating emergencies, and a year-round risk. 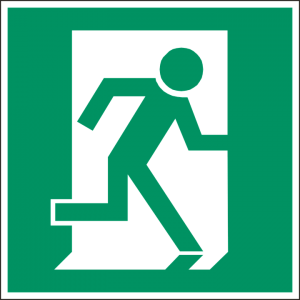 Rules for Fighting a Fire

(First learn about the Fire Triangle & Fire Extinguishers) Fires can be very dangerous and you should always be certain that you will not endanger yourself or others when attempting to put out a fire. For this reason, when a fire is discovered: NEVER FIGHT A FIRE IF: You don't know what is burning. If you don't know what is burning, you don't know what type of extinguisher to use. Even if you have an ABC extinguisher, there may be something in the fire which is going to explode or produce highly toxic smoke. Chances are, you will know what's burning, or at least have a pretty good idea, but if you don't, let the fire department handle it. The fire is spreading rapidly beyond the spot where it started. The time to use an extinguisher is in the incipient, or beginning, stages of a fire. If the fire is already spreading quickly, it is best to simple evacuate the building, closing doors and windows behind you as you leave. Do Not Fight the Fire If: You don't have adequate or appropriate equipment. If you don't have the correct type or large enough extinguisher, it is best not to try to fight the fire. You might inhale toxic smoke. If the fire is producing large amounts of smoke that you would have to breathe in order to fight it, it is best not to try. Any sort of combustion will produce some amount of carbon monoxide, but when synthetic materials such as the nylon in carpeting or foam padding in a sofa burn, they can produce highly toxic gases such as hydrogen cyanide, acrolein, and ammonia in addition to carbon monoxide. These gases can be fatal in very small amounts. Your instincts tell you not to. If you are uncomfortable with the situation for any reason, just let the fire department do their job. The final rule is to always position yourself with an exit or means of escape at your back before you attempt to use an extinguisher to put out a fire. In case the extinguisher malfunctions, or something unexpected happens, you need to be able to get out quickly, and you don't want to become trapped. Just remember, always keep an exit at your back.

How to Use a Fire Extinguisher

It's easy to remember how to use a fire extinguisher if you can remember the acronym PASS, which stands for Pull, Aim, Squeeze, and Sweep.

This will allow you to discharge the extinguisher.

Aim at the base of the fire.

If you aim at the flames (which is frequently the temptation), the extinguishing agent will fly right through and do no good. You want to hit the fuel.

Squeeze the top handle or lever.

This depresses a button that releases the pressurized extinguishing agent in the extinguisher.

Sweep from side to side

until the fire is completely out. Start using the extinguisher from a safe distance away, then move forward. Once the fire is out, keep an eye on the area in case it re-ignites.

If any employee discovers a fire or smoke, and the employee cannot put out the fire immediately, the employee should immediately pull the nearest fire alarm box or follow whatever fire alarm procedure is in place. If a fire alarm sounds or a fire is otherwise announced, all employees (except those designated and trained to use fire extinguishers) are expected to immediately exit the premises by proceeding to the nearest exit in an orderly fashion. If the nearest exit is blocked by fire or smoke, the employees should proceed to an alternate exit. There should be no running, shouting, pushing, etc. A calm orderly evacuation is the safest for all concerned.